Calls him the ‘stupidest member’

Rep. Louie Gohmert, R-Texas, had his Wikipedia page changed to say he is "the stupidest member of Congress." (Photo By Bill Clark/CQ Roll Call)

Texas Republican Rep. Louie Gohmert’s Wikipedia page was hacked on Wednesday, with the hacker altering the page to ask if he even had the capacity to serve.

The introduction part of Gohmert’s page was rewritten to say “Gohmert also prides himself on being the stupidest member of Congress.”

“It’s questionable whether he has the mental capacity to even serve,” the page continued.

As of Wednesday afternoon, the page still contained the altered text.

The hack, first reported by ClotureClub.com, appears to have come from a Virginia IP address, occurred sometime Wednesday and it appears the hacker has targeted conservative members of Congress. 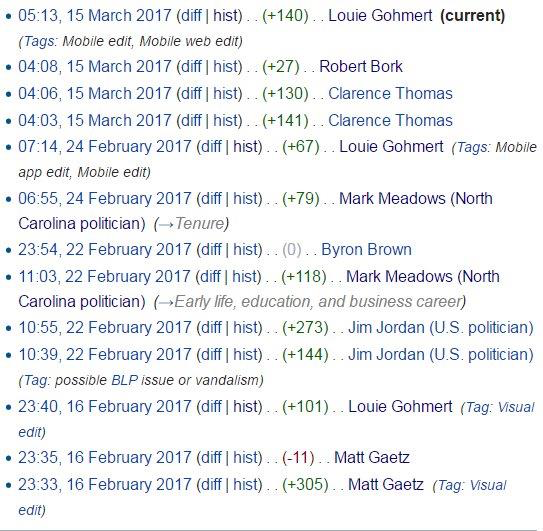 It’s not uncommon for pranksters to target members’ Wikipedia pages. In 2012, someone substituted a photo of pop star Justin Bieber on then-Rep. Bob Filner’s page.

Amelia Frappolli contributed to this report.