The federal agency regulating and monitoring money in federal elections is seeking answers from a pro-Cochran Super PAC regarding what appears to be campaign finance violations.

The Federal Election Commission  (FEC) has sent a Request For Additional Information  (RFAI) to Mississippi Conservatives , a Super PAC supporting the re-election of Sen. Thad Cochran, R-Miss.  The committee has until August 1st to respond, or the failure to do so "could result in an audit or enforcement action."

Save for later
After Cantor Shock, Independent Expenditures Resume (Updated)
Kent Cooper
Posted at Jun 13, 2014 10:25 AM

Ashton Ware, 9, looks at stickers for Gene Taylor, Republican candidate for the 4th District of Mississippi in Hattiesburg on May 28. (Tom Williams/CQ Roll Call) 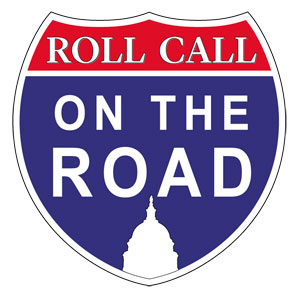 This trip through Mississippi had a lot of challenges. Missing candidates, late schedules and zealous handlers can make it tough to get informative and creative images, and this swing through the Magnolia State might have generated more stories than art.

I was looking forward to covering Senate candidate Chris McDaniel because his campaign events sounded promising. We arrived bright and early in Philadelphia, Miss., at gas station/diner for a sit down with some locals at 7 a.m. While we were waiting, my colleague Kyle Trygstad  interviewed a friendly gentleman (almost everyone I met was friendly) who told us the campaign had informed the locals that McDaniel wouldn’t be coming.

New federal financial reports from Super PACs continue to show the use of hundreds of thousands of dollars from individuals for impacting on the 2014 elections. However, the big exception is $250,000 from an unknown source that a Super PAC has not identified.

In a new filing from a Super PAC, New Republican.org reported it had receipts of $287,291 during April, of which $285,000 was contributed on April 24th by Californian John Jordan , CEO of Jordan Winery. The Super PAC spent $258,444 in April on independent expenditures supporting Monica Wehby, R-Ore., in the Oregon U.S. Senate race. The Super PAC was initially funded with $500,000 from members of the DeVos family.

In an unusual transaction, a Super PAC has reported receiving an unsecured $250,150 loan from a financial institution to use for making independent expenditures in the 2014 primary elections.

The Mississippi Conservatives , a Republican-oriented Super PAC supporting Sen. Thad Cochran, R-Miss., in the June 3rd Republican primary, reported  it had receipts of $717,993 during the first quarter of 2014, including a $250,150 loan from Trustmark Bank in Jackson, Mississippi. Trustmark (NASDAQ:TRMK) is a publicly traded corporation.