A History of Curiosities, Clout for Wisconsin Delegation

The death last week of Robert W. Kastenmeier, who evolved in the House from a prominent peace crusader into a premier intellectual property protector , is the freshest reminder of an odd truth about the modern Congress.

Wisconsin has produced way more than its fair share of iconoclastic but highly impactful members. At a time when the state’s most prominent public official, Gov. Scott Walker, is laboring against the conventional wisdom he’s too boring and bland to win back the presidency for the Republicans, the rosters of recent senators and House members suggest he’s the exception that proves the rule.

Wisconsin has had a reputation for incubating innovative public policies, and the politicians who promote them, since the onset of the Progressive Era at the start of the 20th century. And since the end of World War II, the state has been sending to Congress a steady supply of memorable figures — not always because they were on the right side of history, but very often because their accomplishments were equaled by quirks that helped humanize the institution. 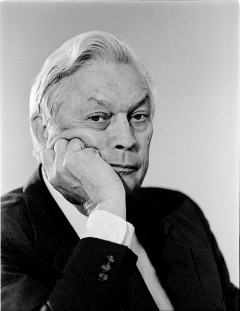 Kastenmeier died at the age of 91 on March 20. (CQ Roll Call File Photo)

Kastenmeier, who died on March 20  at 91 and served 32 years in the House ending in 1991, might not even make the roster of the top 10, but his contributions were significant nonetheless. He epitomized the congressional career path many political scientists advocate. As a junior member, he did the bidding of his liberal constituents in the state capital of Madison and was outspokenly skeptical about the deepening Vietnam War. But as his seniority lengthened, he became the dominant player in dull-but-important areas — copyright and patent law, federal judicial procedure — that tangibly shape the economy.

Along the way, Kastenmeier became legendary for two oddball behaviors many staffers might quietly wish were commonplace: He declined to attend most ceremonial events (including presidential signings of his own bills) and told his staff to excise all self-aggrandizing rhetoric from official press releases.

The most notorious Badger State congressional alumnus is undoubtedly Joseph McCarthy, who spent his decade as a Republican senator (ending with his death in 1957) fomenting the Red Scare by alleging widespread Communist subversion. No other lawmaker has a less flattering eponymous adjective to his credit — let alone one in such common use today. “McCarthyism” defines the sort of demagogic, reckless and unsubstantiated accusations, paired with attacks on character and patriotism, that poison so much of our political discourse.

William Proxmire, the Democrat who succeeded McCarthy, was not only among the few lawmakers to write a self-help book in office (“You Can Do It! Senator Proxmire’s Exercise, Diet and Relaxation Plan,” 1973). More importantly, he was the progenitor of the crusade against spending on pet projects — which yielded the outright ban on overt earmarking that took effect four years ago. His colleagues reviled his annual Golden Fleece Awards in the 1970s and 1980s almost as much as members hate being chastised for their parochial profligacy these days by the likes of Sen. John McCain, the Arizona Republican who views himself as Proxmire’s rightful heir to be chief prosecutor in the pork barrel wars.

More recent senators have made their marks in other ways. Regardless of whether he wins his expected comeback bid next year, Democrat Russ Feingold will be remembered for an 18-year run that featured co-authorship of the last tightening of campaign finance rules for the foreseeable future — as well as casting the solitary Senate vote against the 2001 anti-terrorism law dubbed the Patriot Act.

And whatever else she accomplishes legislatively, Tammy Baldwin made history in 2013 by taking office as the Senate's first openly gay member. (Another Wisconsinite was also the first openly gay Republican in Congress. Steve Gunderson, who came out in 1994 and retired two years later after his eighth term, now lobbies on behalf of for-profit colleges.)

Two of the state’s standout House members from the previous generation were Democrats Les Aspin and David R. Obey. Both successfully challenged their party’s hidebound seniority systems to claim the chairmanships of prominent committees. Both were known for combining indisputable intelligence, formidable legislative skill and an occasionally irascible disposition to get what they wanted. (Obey was the last Appropriations chairman to usher the entire roster of annual spending bills to enactment before the start of the fiscal year, fully 21 years ago. Aspin was the last Armed Services chairman who got to be Defense secretary, at the start of the Clinton administration.)

And both also provided memorable visual cues about their states of mind on any given day. Aspin’s level of agita could be gauged by how quickly his oversized tortoise-shell glasses slid down the rim of his nose. Obey’s frustration could be tracked by the number of full-length pencils he shoved into his shirt pocket.

In the current delegation, no fewer than half may claim to be unique in the 114th Congress. One of today's most notable, if not exactly flashy, Wisconsin personas belongs to Republican Paul D. Ryan, the only incumbent House member who’s been a candidate for national office. (He is only the second sitting House Republican in a century to get nominated for vice president.)

Democrat Mark Pocan, by contrast, stands out as the only member who uses actual sleight-of-hand in the performance of his official duties. (His skill as a magician helps him illustrate legislative principles for his constituents.) And Republican Sean P. Duffy has blazed a distinctive path in the world of celebrity politics by starring in two different MTV reality shows (“The Real World” and “Road Rules”) before seeking public office.

Finally, there’s the dean of the delegation, Republican Jim Sensenbrenner. He’s the only member who’s reported cashing in three winning lottery tickets in the past two decades (worth a combined $252,000) while also holding a perennial place among the 50 richest members of Congress. (He’s an heir to the Kimberly-Clark paper and consumer goods fortune.)

Sensenbrenner is also the most forceful and influential GOP voice in favor of modernizing the Voting Rights Act — a distinction that, if he can get some traction from a majority in his own caucus, would mean much more to the Wisconsin delegation’s long-term reputation than all of its oddball distinctions.

Related: Former Rep. Robert Kastenmeier Dies at Age 91 Ryan’s Rationale for Bypassing 2016 Democrat Has Trick Up His Sleeve to Battle Irrelevance Voting Rights: One Way the GOP Might Reverse What Scalise Made Worse The 114th: CQ Roll Call's Guide to the New Congress Get breaking news alerts and more from Roll Call in your inbox or on your iPhone.