The 7 Most Dysfunctional State Parties

In the past two years, one state party chairman was investigated by the local bar association. Elsewhere, an about-to-be-ousted party leader changed the locks at the headquarters. Two more state parties were threatened with eviction.

Traditionally, state parties have been the meeting point between the national political organizations and the local ground game. But in recent cycles, many of them have become so dysfunctional that they are now irrelevant — or even worse, detrimental, to the national party’s efforts.

The reasons behind their ineptitude vary: Some parties struggle with finances, others with competing personalities. For Republicans, many of the problems stem from power struggles between tea party activists and old guard operatives.

Does it matter if the state party is dysfunctional, especially in the age of shadow campaigns and ubiquitous third-party spending? It depends whom you ask.

Of the dozens of operatives CQ Roll Call interviewed, most had such low regard for state parties that they shrugged off the incompetence. They described the evolution of a state party’s role in federal politics as a glorified bank account for cheaper television and postage rates.

Still, some operatives stress that a functional state party is crucial to a national party’s interests in some states. One hired hand argued that a strong state party infrastructure is particularly important in fast-paced special elections.

Here’s a look at the seven most dysfunctional state parties. Their selection was based on interviews with national and local operatives, elected officials, former and current staff, plus local news reports. The selection aimed to mostly include states that could affect the midterm elections, as well as the extent of their dysfunction.

CQ Roll Call sought comment from these organizations, and their responses are noted only if the inquiry was returned. 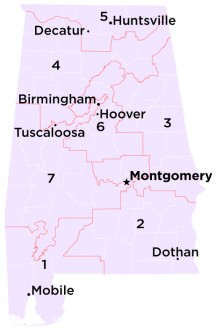 Yellowhammer State Democrats struggle to keep the lights on — literally.

Soon after, interim chairwoman Nancy Worley announced the committee was in dire financial straits: It had been threatened with eviction, was unable to pay utility bills, had its credit cards maxed out and was missing equipment from the party’s headquarters, according to The Birmingham News.

The party is now saddled with $500,000 in debt and is tasked with finding a permanent chairman and recruiting statewide candidates for 2014. Meanwhile, Kennedy took to the Alabama Democratic Majority’s Facebook page to defend his tenure and maintained his new group would support — not sabotage — the state party.

The state of Alabama Democrats might not matter much in 2014, given that there are no competitive House races in the state. But the party’s situation is indicative of Democrats’ dire organizational situation throughout the Deep South. 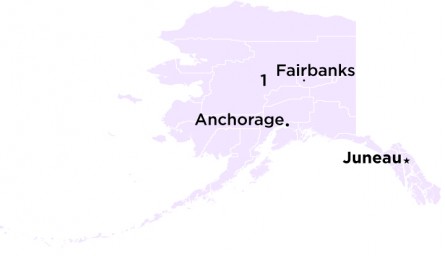 Just before she was ousted as chairwoman, Debbie Brown changed the locks at the party headquarters. Then she headed to a Republican National Committee meeting in California, where she claimed to be the current head of the party. Talk about awkward: The newly elected chairman, retired Army Col. Peter Goldberg, also attended.

Normally this sort of drama is inconsequential in a state as solidly Republican as Alaska. But the GOP will play offense as it attempts to defeat Sen. Mark Begich, a Democrat, in 2014. What’s more, local Republicans will have to contend with a primary for the nomination — most likely without a strong party leadership to guide that battle.

Goldberg said that since he took over, he has righted the fundraising woes that plagued the party under the previous regimes. 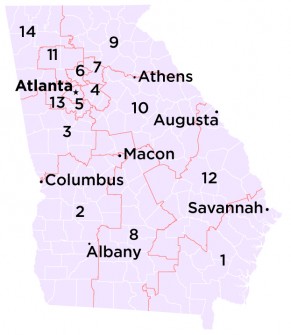 As in much of the South, the Peach State’s Democratic Party has decayed for years. But Georgia’s problems are more consequential than in other states.

After 2010, the party fell on tough times — Democrats no longer held any statewide offices. In June, Chairman Mike Berlon stepped down from leading the cash-strapped party after the state bar association temporarily suspended his law license and the Georgia Supreme Court reprimanded him for work with a private client.

None of this bodes well for Democrats: Georgia is one of only two feasible states where the party could pick up a Senate seat in 2014. And Democrats hope to use this contest —and their much-touted candidate, nonprofit executive Michelle Nunn — as a test case in a state where changing demographics could shift votes in their favor by 2016.

Over the past few years, supporters of former Rep. Ron Paul, R-Texas, infiltrated local party ranks in targeted states across the country. But nowhere has the effort been more effective or consequential than in this battleground state.

Paul backers now make up a working majority of the state central committee and occupy the offices of chairman, co-chairman and finance chairman. Their ranks are in constant conflict with Gov. Terry E. Branstad, the state’s most established Republican, and many GOP state lawmakers.

"You're always going to have bickering and infighting. The idea that somehow we're a troubled state party is a little bit ridiculous and if you talked to Chairman [Reince] Priebus, he would be happy to agree with that," Iowa GOP Chairman A.J. Spiker said. He brushed off the notion of ongoing trouble with Branstad and touted his committee's financial position.

The local discord scares the national GOP — its most immediate concern is the race to replace retiring Democratic Sen. Tom Harkin. National Republicans fear the state’s antiquated convention process could help the Paul supporters nominate an unelectable candidate for the general.

But these troubles come at a pivotal time for Iowa on the national scale, too. The state is fighting for relevance in the presidential primary calendar after the past two caucus winners failed to get the national nod. 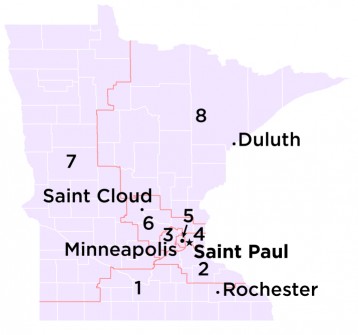 Just a few years ago, the Minnesota GOP held a Senate seat, hosted the Republican National Convention in St. Paul and its governor, Tim Pawlenty, was laying the groundwork for a presidential campaign.

Since then, the party posted $2 million in debt, according to local reports, with former Chairman Tony Sutton shouldering the blame. He was forced out in late 2011. By the next spring, the state was nearly evicted from its building.

And for Gopher State Republicans, the timing could not be worse. The party has incredible opportunities in 2014, with a gubernatorial race, a Senate race and two competitive House seats up for grabs. But it's unlikely the party can help its candidates, given its current condition. 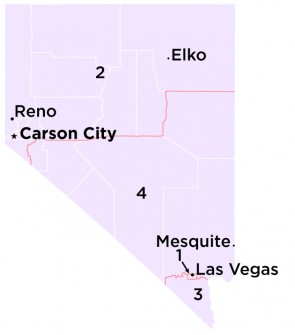 In May 2012, Paul’s supporters took over the state party at the local convention in what sources describe as a “Robert’s Rules of Order” war of attrition. Within a few weeks, Mitt Romney’s presidential campaign and the Republican National Committee unveiled a shadow party structure for their operations called “Team Nevada.”

More established party operatives won back several consequential county chairmanships in recent weeks, but there is little evidence that the gaps between the two factions have been bridged.

This party’s problems can be boiled down to two words: Chris Christie.

New Jersey’s governor is one of the most powerful executives in the country. The Garden State is otherwise a Democratic stronghold, but not having the top office hurts the party immensely.

Local Democrats are frustrated they could only find a second-tier candidate to challenge Christie later this year. But the party’s troubles stem from another Christie contest.

In 2009, Christie defeated then-Gov. Jon Corzine, a Democrat who propped up the state party infrastructure with his personal fortune. After Corzine left office, local organizations found themselves financially “flatfooted," described one state source.

The good news for Democrats? The Christie era must end: He will either run for president or reach his term limit in 2017. After him, the local GOP bench remains weak, and Democrats hope the natural order of blue state politics will return.

Save for later
Topics: uncategorized poli