Nearly half of Americans surveyed in a new poll believe the tough rhetoric between President Donald Trump and Kim Jong Un of North Korea is more than just a war of words.

Close to 50 percent of the 1,500 people polled in the latest Economist/YouGov survey believed Trump “actually means to attack North Korea” while 45 percent believe Kim intends to do the same to the United States.

The rest of those polled on those questions were relatively split between “just talking tough” and “not sure” hovering between 24 and 29 percent.

Almost half of the respondents either strongly supported or somewhat supported the notion of the U.S. taking military action against North Korea in an effort to end that country’s nuclear program.

Thirty-three percent either somewhat opposed or strongly opposed such action with 19 percent reporting no opinion.

Harsh rhetoric between Trump and Kim has escalated in recent weeks in response to Pyongyang’s development of long-range missiles and nuclear arms programs. 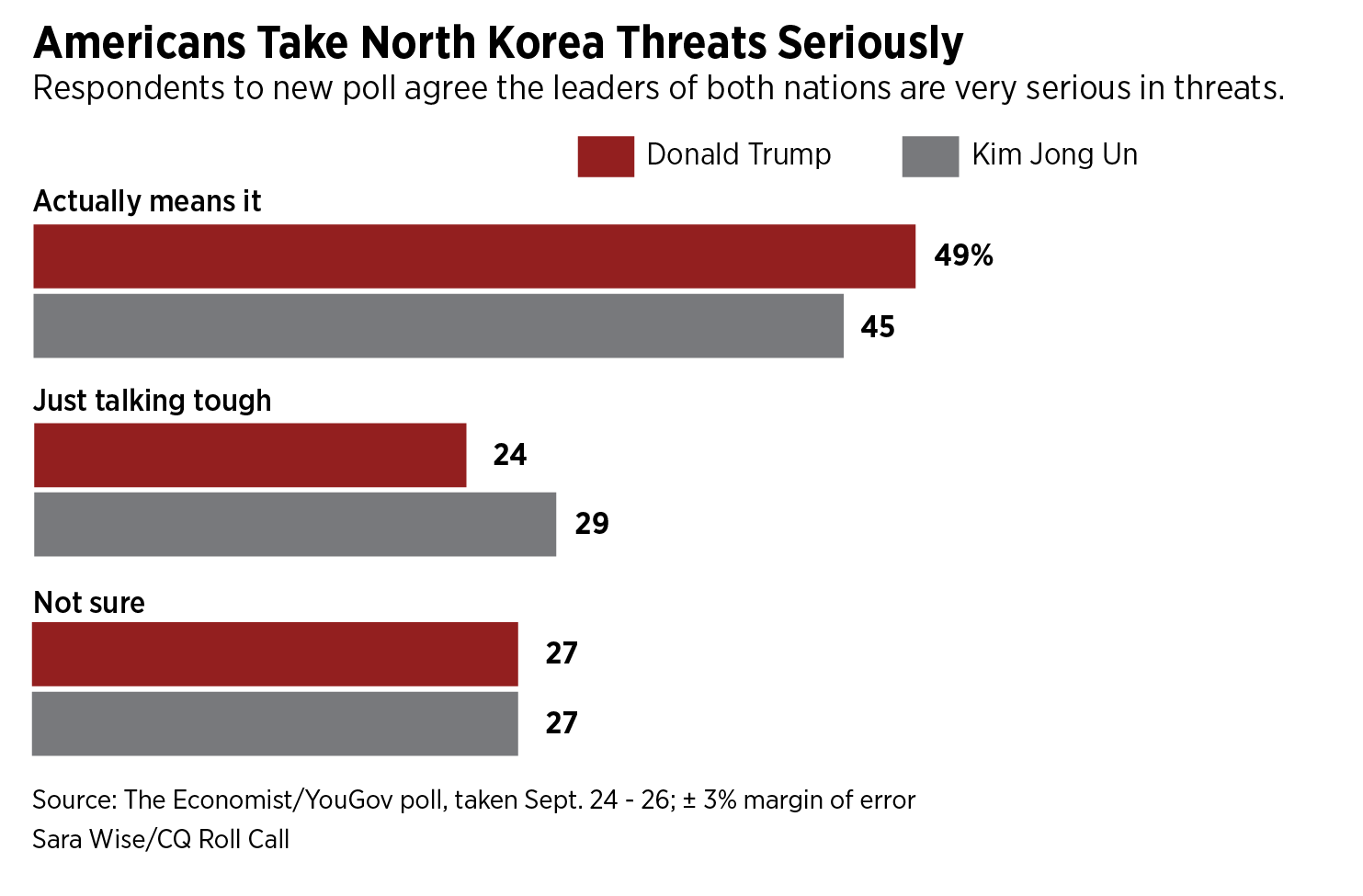 Trump told the United Nations last week that the U.S. had no choice but to “totally destroy” North Korea. In a rare public rebuke, Kim called Trump “deranged.”

The respondents mostly believed it was inappropriate for either leader to make such comments but more of them sided with the president.

Seventy-three percent of those surveyed believe Kim’s comments were inappropriate while 48 percent believed Trump’s were unnecessary.

Thirty-six percent found Trump’s comments at the UN, including calling Kim “Rocket Man” to be appropriate.

Forty percent of the respondents said they were “very concerned” about the possibility of the United States getting involved in a full-scale war with North Korea while six percent said they were not at all concerned.

The poll was conducted from Sept. 24 to 26 from YouGov’s opt-in Internet panel. It has a 3 percent margin of error.