A new poll shows Americans are almost evenly split on whether it is appropriate for NFL players to kneel during the national anthem to protest racial discrimination.

Thirty-two percent of respondents to the Economist/YouGov poll, conducted Sept. 24-26, said they strongly supported players’ right to protest on the field, while 33 percent were strongly opposed.

A plurality of those surveyed — 37 percent — said they strongly disagreed with protesting players who kneeled during the national anthem, while 27 percent strongly agreed.

President Donald Trump has cast such professional football players as unpatriotic citizens who should be fired from their jobs.

“Wouldn’t you love to see one of these NFL owners, when somebody disrespects our flag, to say, ‘Get that son of a bitch off the field right now, out, he’s fired. He’s fired!” he told a Friday rally in Huntsville, Alabama.

A greater than usual number of NFL players responded to those remarks by kneeling Sunday. Several teams stayed in their locker rooms while the national anthem played. 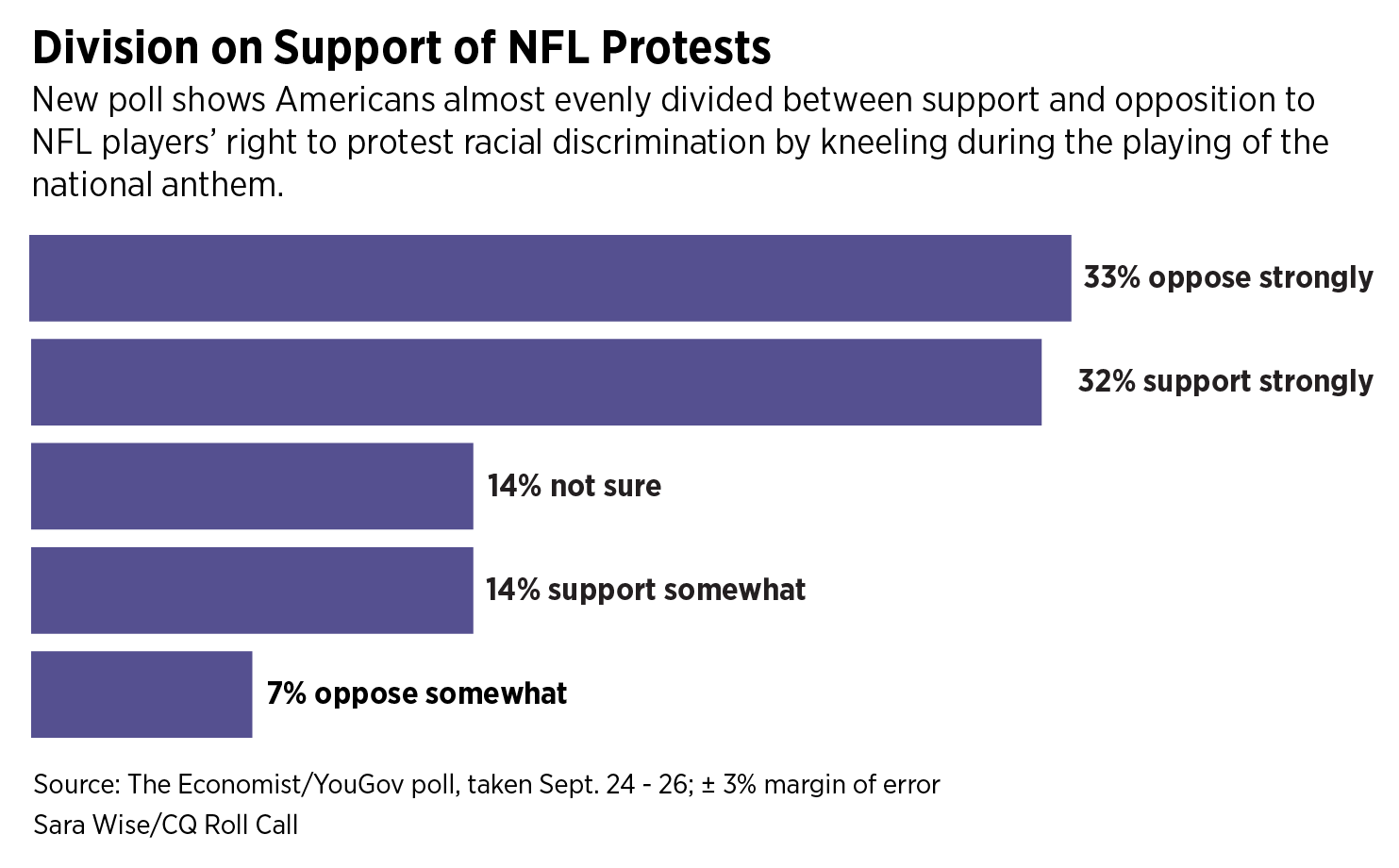 Fifty-one percent of respondents to the Economist/YouGov poll did not believe the protesting athletes should lose their jobs. But 69 percent said current race relations in the United States were bad, with 80 percent saying racism was either a big problem or somewhat of a problem in society.

When it came to other issues surrounding the billion-dollar NFL franchise, 63 percent said head injuries were still a major problem. Only 30 percent either strongly or somewhat approved of the way the league has handled repetitive head injuries.

Fifteen percent of respondents said the new player safety rules ruined the game, while 42 percent disagreed and 43 percent were not sure.

The poll surveyed 1,500 adults in web-based interviews. It had a margin of error of plus or minus 3 percentage points. CQ Roll Call is owned by The Economist Group.