All Aboard, Hill Millennials: Time to See America

Posted Jun 6, 2013 3:59 PM
Neda Semnani
@neda_semnani
In 'The Real Thing,' a Real Clash Between Work and Life Janis Joplin, Older and Wiser at Arena Stage Is Deconstructing a Play the Same as Trashing It?

Have you ever seen America roll out before you like a picture postcard? When was the last time you got to sit and talk, and brainstorm, explore and create for days and days on end?

According to Patrick Dowd, 26, founder of The Millennial Trains Project, here's your chance.

"There are 10 spots on the train reserved for 10 different professional categories, which include entrepreneurs, public servants, thinkers, innovators, academics, performers and others," Dowd said. "To get a spot on the train, you pitch a project you want to advance in different communities. Then you 'race' to be one of the first 10 people in your professional category to meet your fundraising goal. Then you get on the train."

Each of the up-to-100 young people are to have crowdsourced the $5,000, which would cover the cost of their trip. Like the people applying, the proposed projects are wildly diverse and include an oncologist who has proposed a scientifically inspired art project; a nonprofit leader who plans to research the effect of open data on local governments; an economist working on a short documentary; a graffiti artist who will collaborate with local artists to create murals for social change; and a press secretary who will embark on 10 days of poetry.

The projects can relate closely to a person's work or their area of legislative expertise, Dowd explained. "It can also be a great opportunity to go far afield, do something that doesn’t have anything to do with your work."

"The only thing we screen for is the sincerity of the project that people are putting forth," he said. "And anyone age 18 to 34 is eligible to apply, so you can be a 30-year-old legislative director for the speaker of the House or you can be a 19-year-old intern or a freshman congressman and you have just as good a chance of getting on board the train."

Participants will work with on-train mentors from the Harvard Kennedy School of Government, State Department, City Year, The Associated Press, Cornell University, National Geographic Traveler, First Round Capital, The Chronicle of Higher Education and others to advance their project in each city where the train stops.

Deadline for applications is coming up. Get your perfect August recess project started now.

Also, check out the trains: 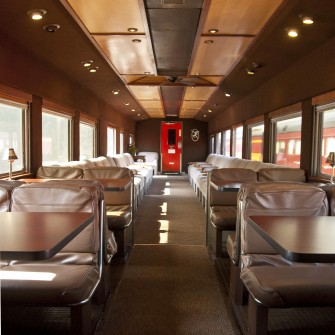 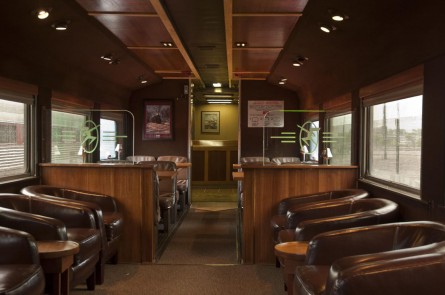 Save for later
Topics: awesomesauce nationwide