President Barack Obama is about to do what no president has done in the past 50 years: Have two horrible, terrible, awful midterm elections in a row.

In fact, Obama is likely to have the worst midterm numbers of any two-term president going back to Democrat Harry S. Truman.

Obama had one midterm where his party lost 63 House seats, and Democrats are expected to lose another 5 to possibly 12 House seats (or more), taking the sitting president’s total midterm House loses to the 68 seat to 75 seat range.


(Join us on Election Night: Live Stream With Analysis, Results and More at RollCall.com)

Democrats got shellacked in 1994, losing 54 seats in Bill Clinton’s first midterm, but the party gained 5 House seats in 1998, Clinton’s six-year-itch election, for a net Clinton loss of 49 House seats. (The figures don’t include special elections during a president’s term.) 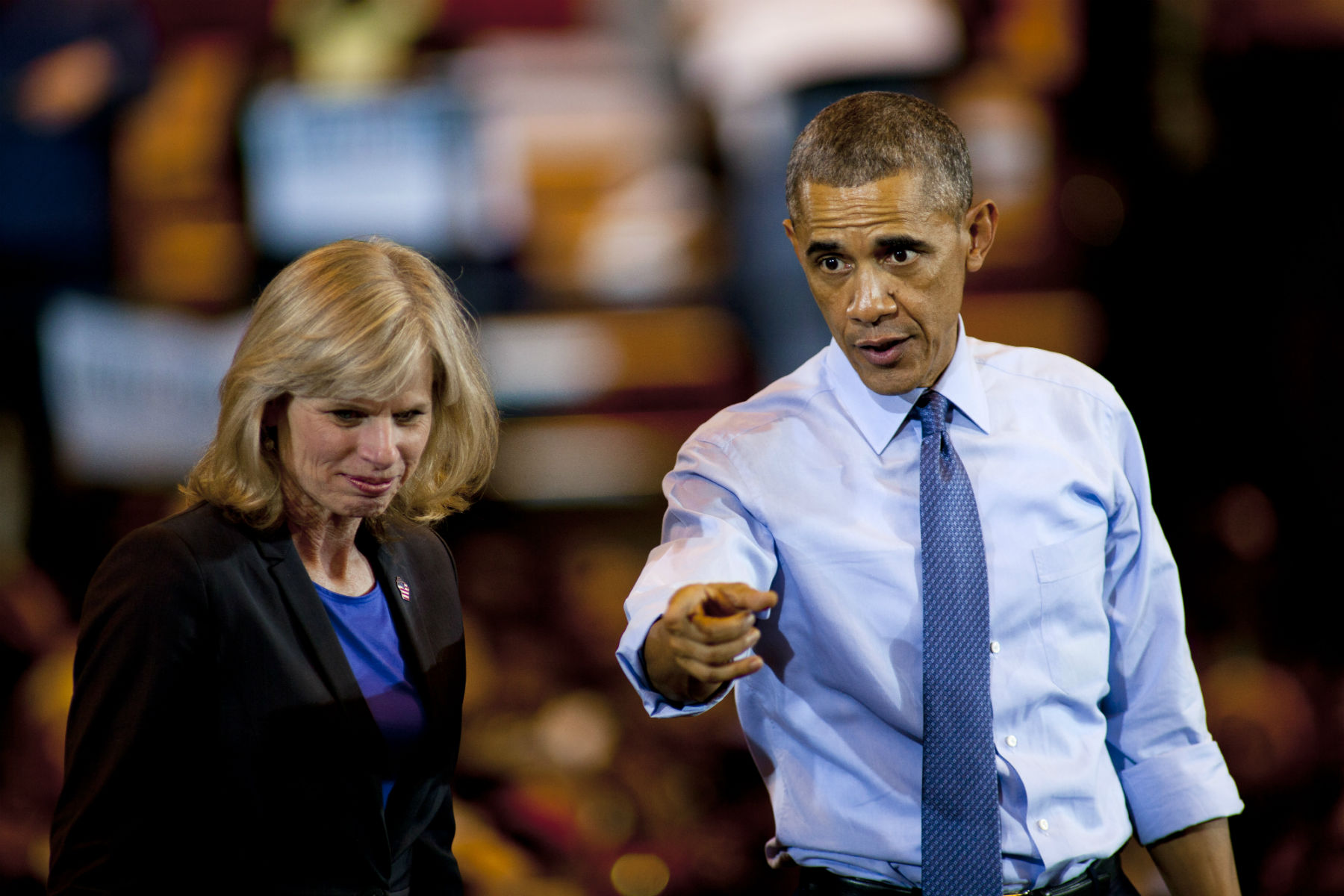 Democrats have a chance to tie the number of Senate losses that Republicans suffered during the midterms of Eisenhower, when the GOP lost a net of 13 Senate seats (12 in 1958 and only one in 1954).

Democrats lost 6 Senate seats in 2010 and seem likely to lose from 5 to as many as 10 seats next week. That would add up to Obama midterm Senate losses of from 11 seats to as many as 16 seats.

Democrats will likely not exceed the number of Senate losses they incurred during the two Truman midterms, in 1946 and 1950, when the party lost a remarkable net of 17 seats.


(Interactive: How Much Is Your Member of Congress Worth?)


Are the Democrats’ losses due to the increasingly partisan nature of our elections and the makeup of the past two Senate classes, or is the president at least partially to blame because he failed to show leadership on key issues and never successfully moved to the political center?

The answer, most obviously, is, “Yes.”

Correction, 10:15 a.m.
A previous version of this story misstated the year in which the Democrats lost 6 Senate seats during President Barack Obama’s tenure.
Related:

A Nerve-Wracking Finish for Democrats


Get breaking news alerts and more from Roll Call in your inbox or on your iPhone.