Trump Is Gladys Knight — Huckabee and Santorum, the Pips

Posted Jan 29, 2016 7:41 PM
Mary C. Curtis
@mcurtisnc3
Cory Booker bows out, Ben Carson backs off fair housing and issues of race recede in America When science fiction becomes environmental fact, it might be time to worry In a fractious holiday season, are there glimmers of hope?

After finishing first in the Iowa Republican caucuses in 2008 and 2012, respectively, Mike Huckabee and Rick Santorum were relegated to the undercard and mostly ignored pre-debate debate. Then the duo rushed (or perhaps hastily sauntered) to Donald Trump’s veterans’ event , one timed to clash with the main stage debate from which the front-runner was conspicuously absent because of his high-profile feud with Fox News.

So the leaders of yesteryear spent Thursday night at a Donald Trump veterans’ rally at Drake University — the Pips to Donald Trump’s Gladys Knight, background voices catching a bit of the spotlight but decidedly not the person the crowd and cameras had come to see. (Yes, in reality there were more than two Pips, but the fact that you had to think about it only proves the point.) 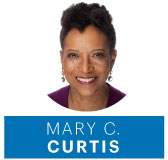 How did this happen? While no votes have yet been cast, the two rock stars of the evangelical GOP base in Iowa languish at the bottom of most polls. And unless divine intervention changes the course of presidential events, neither former Arkansas Gov. Huckabee nor former Pennsylvania Sen. Santorum is headed to the White House.

Not so long ago, things were different in Iowa. In 2008, Huckabee garnered more than 30 percent of the Republican caucus total; in 2012, initial reports had Mitt Romney winning, though later, by a slim margin, Santorum took the Iowa prize.

So, it was understandable that the scene at the Thursday night Iowa event was awkward. “I’m going to stand a little bit over here so I’m not photographed with the Trump sign,” Santorum said, as he scooted off to the side, bringing even more attention to the Trump name on the podium.

Huckabee didn’t even bother. “I figure you’ll get the photo anyway, so I’ll just stand here,” he said.

Even the can’t miss backdrop of a cause — veterans — that everyone can support couldn’t obscure the fact that it was Trump’s night. Early results indicate a bit of a ratings standoff, with the Trump-less debate on Fox News attracting fewer viewers than typical debates but still beating Trump’s event, which appeared in full on C-SPAN and on occasional news spots on CNN and MSNBC.

Huckabee and Santorum — doesn’t that sound like the name of an opening act -- probably got more TV and face time than they have this whole campaign season. Trump , meanwhile, got to look magnanimous and cooperative, moods he has been increasingly striking as befitting a businessman-turned-statesman who would be world leader.

In 2016, Trump is the surprising yet undeniable “cool kid,” a slot that Barack Obama on the Democratic side filled eight years ago, though the two men are opposite in almost every other way imaginable.

Trump’s appeal gets under his opponents’ skin. But just like that playground kid no one could resist, despite the insults he might toss around, he gathers an unlikely posse around him. The Republican trends that have sent the base Trump’s way simply bypassed what Huckabee and Santorum are selling this year. Jerry Falwell Jr., the evangelical leader of Liberty University in Virginia, is on Trump’s side in 2016, though the self-professed “billionaire” has one more marriage than Huckabee and Santorum put together. (Does that marriage trifecta actually add to the “cool” factor?)

Where does that leave the two men who once ruled Iowa? Well, everyone liked the Pips, but — quick — name them! Thought so.

Save for later
Topics: uncategorized