Third Party Possibilities Say 'Not Me'

Speculation swirls about a Kristol-backed conservative challenger to Trump

Several top contenders for a #NeverTrump nomination continued to insist Tuesday that they were not interested, but that hasn't dampened growing speculation that a third-party candidate will materialize before the November election.

The not-me list includes Sen. Ben Sasse, an outspoken Trump critic, whose spokesman said Tuesday that he would not run — and that nothing has changed since the last time the Nebraska Republican said he wasn't running. Three top recruits  said to be considering the prospect of an independent run have decided against it, according to The Huffington Post, which did not name the potential candidates in question.

Arkansas GOP Sen. Tom Cotton, another of those mentioned as a possible candidate, did not respond to requests for comment from CQ Roll Call.

A third-party run would be an uphill climb — the deadline to get on the ballot in Texas has already passed and is approaching soon in a handful of other states. 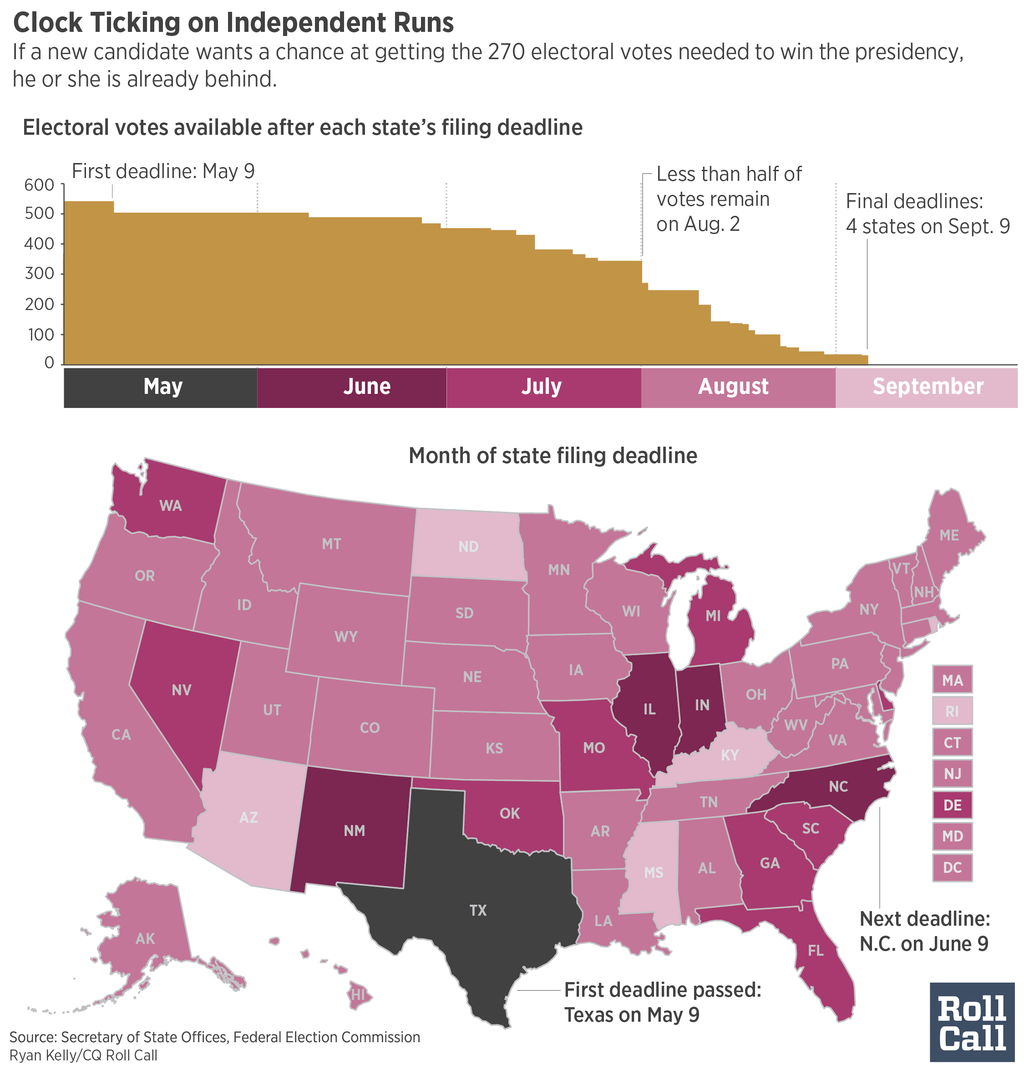 [ How Tough Would an Independent Presidential Run Be? ]

Conservative commentator Bill Kristol, meanwhile, stoked media interest with a cryptic Memorial Day weekend tweet promising, "an impressive" independent candidate with "a strong team and a good chance." Kristol is one of a handful of GOP insiders reported to have been fervently trying to draft  a conservative alternative to Trump ever since it became clear that the billionaire mogul would clinch the nomination.

Kristol's weekend trolling hooked Trump, who called him a "dummy " in a weekend tweet and a "loser," during a Tuesday news conference. Kristol tweeted back , "I've won some and I've lost some, but one thing I've always tried not to be is a roaring jackass."

I gather Donald Trump said I'm a loser. I've won some and I've lost some, but one thing I've always tried not to be is a roaring jackass.

He did not, however, say who the challenger would be.