What Did Murphy's Filibuster Accomplish?

Sen. Christopher S. Murphy's nearly 15-hour filibuster left him optimistic that gun control legislation will get a vote by the end of this week or the first of next week.

And the Connecticut Democrat said there was no way that would have happened with the filibuster.

"I do think that our filibuster made a difference," he said on "CBS This Morning" on Thursday. "Let's be honest, the Senate had no plans to talk about ending gun violence this week on the floor of the Senate. At the end of our filibuster, I think we made incredible progress to get the items back on the agenda in the Senate this week."

Murphy said he noticed the effect of the filibuster as it was going on.

"If you listened over the course of the day yesterday, there were a number of Republicans madly scrambling to find some common ground," he said. " One of the reasons Sen. [Dianne] Feinstein wasn't able to join us on the floor yesterday is that she was trying to work out those compromises.”

On CNN's "New Day," Murphy said that Feinstein, a California Democrat, and Texas GOP Sen. John Cornyn are still working on a deal to allow a vote on gun control measures. 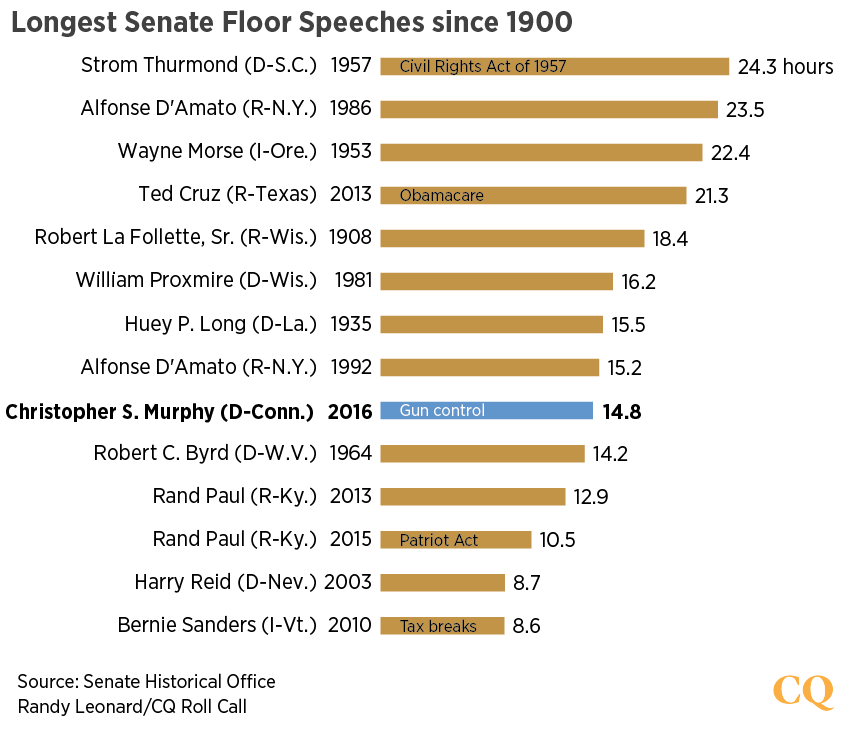 The Connecticut senator said shootings are "happening every day and we have moments like we did yesterday to create leverage."