These Members of Congress Report Having No Assets

Moran was one of just two members of Congress not to report any assets or liabilities. (Tom Williams/CQ Roll Call File Photo)

In a Congress packed with millionaires and near-millionaires , six lawmakers stand out on the other end of the spectrum — they didn’t report a single asset on their financial disclosure forms.

The lack of a reported investment asset alone doesn’t mean these lawmakers are penniless, and none of them have enough debt to land on Roll Call's list of the 10 'Poorest' Members of Congress .   (Visit our interactive to see the full ranking, which includes representatives, senators and delegates. Because there are three vacancies in Congress, there are 538 members on the list.) Several common types of assets do not have to be reported: checking accounts that don’t bear interest, home equity and personal possessions such as cars and furnishings.

That said, the six lawmakers — and two others who only reported pensions of undetermined value — are an eclectic bunch from across the political spectrum. 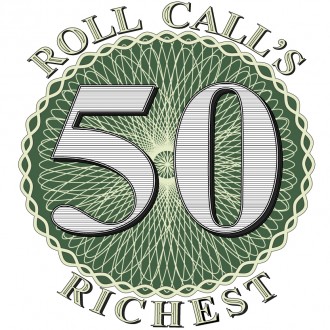 Rep. James P. Moran, D-Va., is retiring. He made a stir earlier this year when he told Roll Call that lawmakers are underpaid .  He’s one of only two lawmakers not to report a single asset or a single liability.

Moran has at times been among the poorest members of Congress and at other times found himself wealthy by marriage.

Moran’s lack of personal wealth has led to ethical scrapes during his lengthy time in office — a $25,000 personal loan from a pharmaceutical lobbyist in 1999 and a mortgage he received from credit card company MBNA both drew attention .

Moran’s office confirmed his financial disclosure showing no assets is correct, but declined an interview request.

The other lawmaker not reporting any assets or liabilities was Rep. Paul Tonko, D-N.Y., who spent decades in the state legislature before heading to Congress. Tonko also reported $64,849 in retirement income from New York state.

“Congressman Tonko considers the communities he represents an asset to New York’s Capital Region, and he invests in these neighborhoods through a considerable number of charities,” said Sean Magers, his communications director.

Two more — Reps. Kyrsten Sinema, D-Ariz., and Gwen Moore, D-Wis., reported pensions of undetermined value as their only assets — which are essentially impossible for us to score in our new roundup of the wealth of Congress  without values assigned to the pension plans. 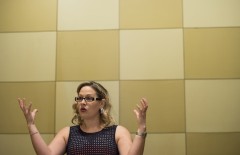 Sinema attributes her relative pauper status to her background.

“As a child, I was homeless for several years without running water, without electricity. … Unlike I think probably many people who are privileged to work in Congress, I don’t come from a family of assets,” she told CQ Roll Call.

And while she has received multiple degrees including a law degree, she has never held a high-paying job before now.

Sinema noted you don’t make much money in social work — one of her previous careers — and said she's never had a job where she had extra income to put into a 401(k) or an investment account.

Before running for Congress, Sinema said she made about $24,000 a year while serving in the Arizona state legislature and worked side jobs as an adjunct professor — something she still does as a member of Congress.

Sinema lists one significant liability — student loans from law school, which she says she can now pay down thanks to her $174,000 congressional salary. She lists two assets — pensions from the state of Arizona she’ll be able to claim when she turns 65 in 2041 — but does not list a value for either.

She said she worked hard to pay off her credit card bills before running for office.

Unlike Moran, Sinema isn’t calling for a raise for lawmakers. “I can’t even imagine somebody even saying their congressional salary isn’t enough,” she said.

Sinema says the experience of being homeless gives her a different perspective.

“I’m incredibly grateful that I have a toilet. I have an apartment whose doors open and shut. … I have a really nice bed that I bought on Groupon. … Groupon’s great. … I drive a Prius and it is paid off.”

Other lawmakers in the no-asset zone own homes. Hunter's main asset is his home, according to Joe Kasper, the Republican's deputy chief of staff and communications director. Homes don’t have to be listed on the financial disclosure reports unless they are used as a rental property.

Hunter is a marine veteran who was on active duty until he ran for his seat in 2006.

“I can tell you what he was not doing while he was in the Marine Corps: buying stocks and investing. He was busy fighting wars,” Kasper said.

His family lives in San Diego, which Kasper calls a high-cost area. Hunter also has three kids in school.

Crawford sold off his reportable assets, including a media company, when he moved to Washington, according to his office.

He doesn’t have a 401(k) plan “or anything like that,” said Jonah Shumate, his chief of staff.

“I think he just saves his money, honestly, I don’t know what else to tell you,” Shumate said. “I work on his financial disclosures each year and he hasn’t developed any accounts. He just saves and that’s all I get into it with him.”

Like several others, Moore’s only real asset is her  home, where she’s lived for 20 years, according to her chief of staff, Minh Ta.

“She doesn’t have independent wealth, so I think what you will see is she is one of the hardest-working members of Congress, but she is also one of the least wealthy members in Congress,” Ta said.

She also has a residence in Washington for when the House is in session.

“Her lifestyle is reflective of average people’s lifestyles in her district,” added Eric Harris, Moore's press secretary. “It’s not an extravagant lifestyle, it’s reflective of Americans who share that kind of struggle.”

Gohmert has a number of liabilities listed, including credit exceeding $10,000 with Best Buy and taken out in 2013. His form also lists a mortgage.

Meeks' and Gohmert's offices did not respond to requests for comment by press time.

Sinema, meanwhile, freely gives out advice on frugality: Never buy a new car and serve boxed wine and cheese and crackers at fundraisers instead of steak and shrimp.

She does confess to buying “a really nice bike” after she competed in the Ironman Triathlon. But it was a year old and half-price, she said.

But she doesn’t begrudge people in Congress who have millions in wealth.

“There are many people who have found their American dream by figuring out how to amass wealth. That’s part of America. … It’s just that I came from a very different place.”

Save for later
Topics: 50-richest members-of-congress