A progressive advocacy group is providing Valentines for every anti-conservative American out there this year. In a email on Friday, Democrat advocate Brad Woodhouse’s group, Americans United for Change, introduced its Valentine’s Day cards. 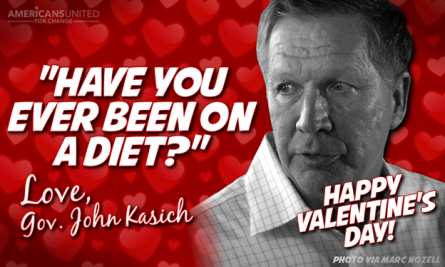 In November, Ohio Gov. John Kasich asked a woman in Iowa if she has ever dieted in an effort to explain the work he has done for his state’s budget. 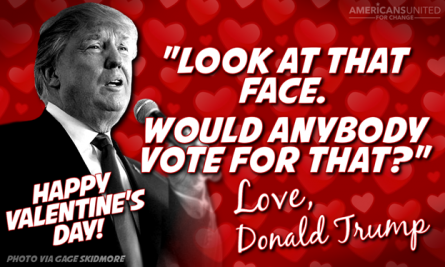 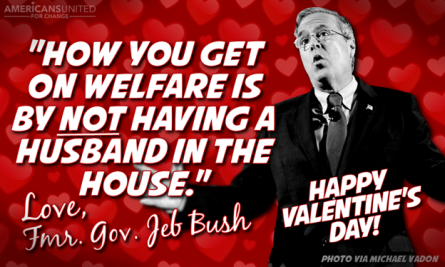 Back in 1994, former Florida Gov. Jeb Bush said that marriage is a way for woman to get off of welfare. 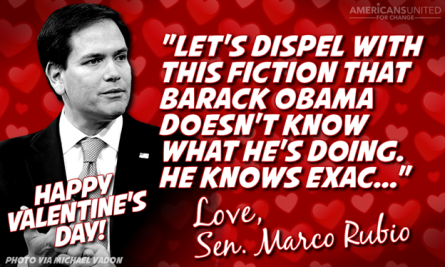