SAN DIEGO — What’s a 19-year-old political neophyte to do after getting propelled into the Oval Office by a viral video-obsessed electorate? The short answer is anything and everything satirist Mark Russell can throw at her in his reboot of the civic-minded comic, “Prez.”

DC Comics originally toyed with the concept of how an underage POTUS might operate back in 1973 with “Prez: First Teen President;” the short-lived experiment was unceremoniously pulled from spinner racks after just four issues. A lot’s happened since then. And Russell, whose previous work, “God Is Disappointed In You,” presents an irreverent reinterpretation of the Bible, is excited to make the most of his shiny new soapbox. 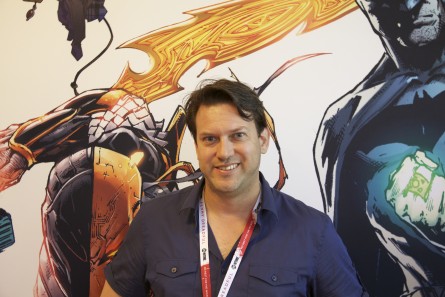 “American society is just such a waste of human resources. We have a few people coming through like Ivy League schools and the elites that are sort of reproducing their own power base, and then everybody else is working at McDonald’s … or at an Amazon warehouse,” he said of the perceived disparity in modern governance. “They have the same gray matter as people coming out of the Kennedy School of Government or coming out of Harvard, but they’re not empowered with the tools to actually contribute to the decision-making of the country.”

“These challenges are too big for the sons and daughters of the elites to solve on their own. We’re going to need to unlock the potential of every human brain if we’re going to survive the 21st century,” he told HOH.

Sounds like his protagonist, Beth Ross — a social media sensation tapped to be commander in chief in 2036 — has her work cut out for her.

The updated series, which launched in June, is expected to spiral into next summer. 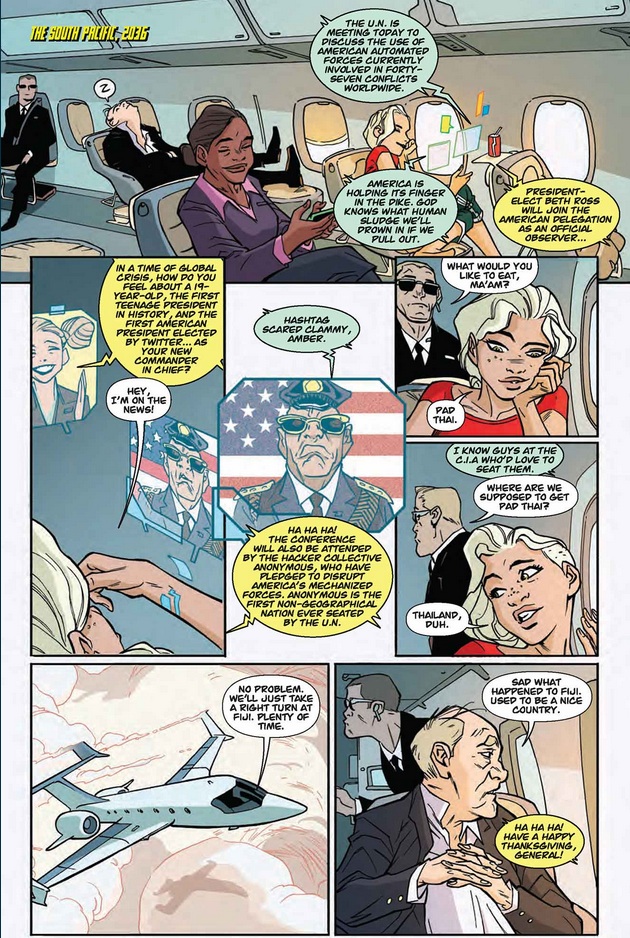 “It will come up pretty close to the 2016 election,” Russell said of the 11 additional issues on his to-do list.

The self-styled wonk — “I flip through Flipboard like most people go through Tinder. Anything like new technologies or political extremism I immediately right-swipe,” he said of his media diet — is constantly on the lookout for new things to rail against.

His goal, however, is to start productive conversations, not further saturate ideological echo chambers.

The current game plan, he said, is to spend the first half of the series identifying lingering impediments to human development before troubleshooting said obstacles the later issues.

“I’m trying to get ahead of the curve in terms of the implications of the laws we’re passing and the technologies we’re coming up with,” Russell explained.

And while he has no plans to name-check living pols in the plotline — “I want to focus very much more on the issues than the personalities,” he shared — Russell is not opposed to hitting Ross with ripped-from-the-headlines crises. 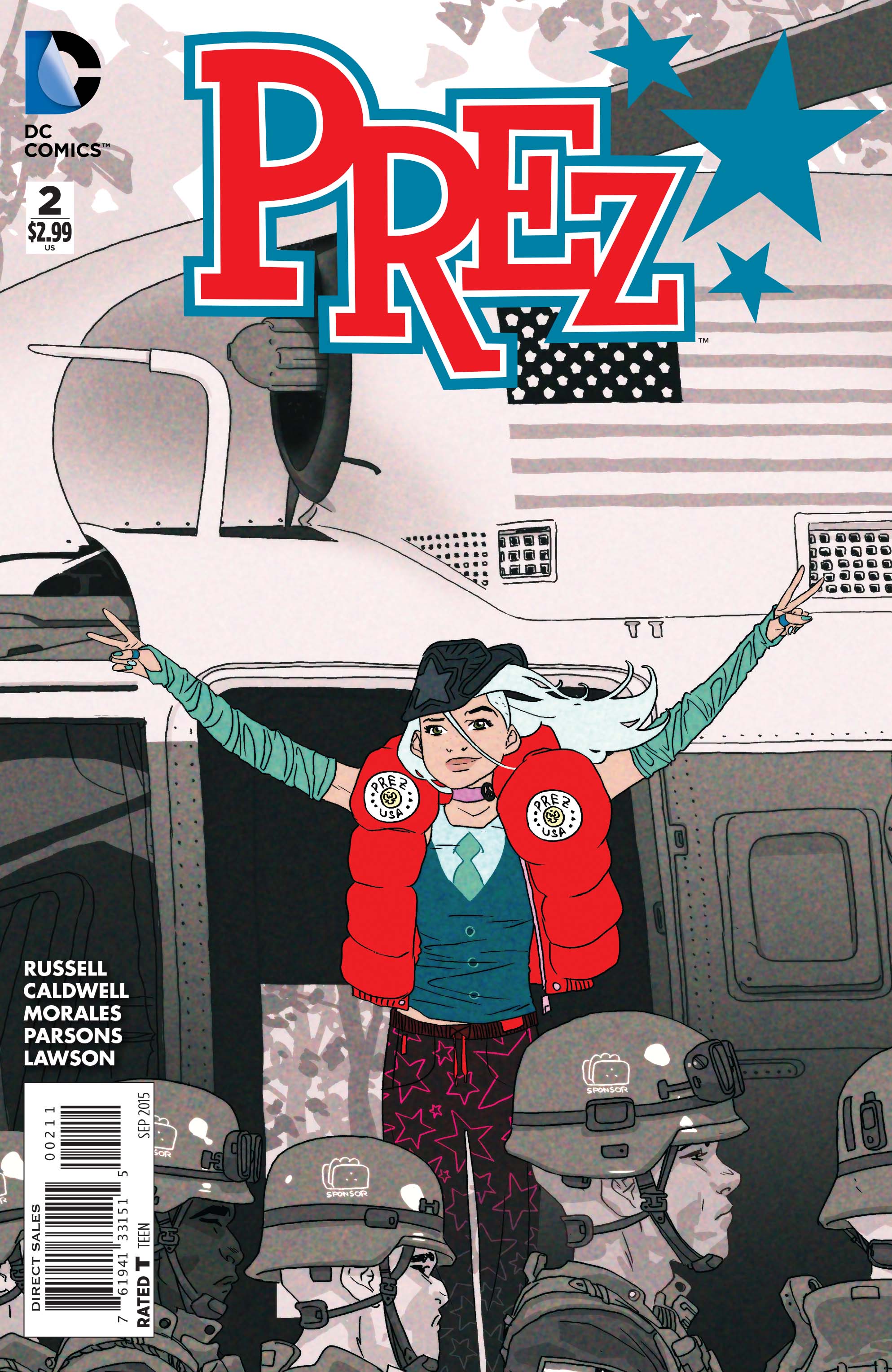 Take, for instance, the imposing, migrant-shunning barrier she’ll have to contend with.

“Of course [Donald] Trump is the one saying we need to have s 50-foot tall iron fence that goes across the U.S.-Mexican border. And this future has it,” Russell related, noting that next-generation America is just as conflicted, if not more so, by globalization.

“We don’t want them coming into this country, but at the same time … there’s a factory just on the other side of the fence that’s making all these garments and toys for American kids,” he mused.

If it sounds a little preachy, well, that’s kind of the point.

“I really only like talking about things you’re not supposed to talk about in polite company,” the professional pot-stirrer posited.

And he’d love to have more voices at the table.

“If I could have anyone pick up this comic, it would be like a 14-year-old living in Nebraska, shopping at a Wal-Mart … being exposed to ideas for the first time and thinking about what sort of future they want to see in this country,” Russell related.