These Are the Faces to Watch on Capitol Hill This Week

House Majority Leader Eric Cantor's stunning loss in his primary last week has initiated a leadership shakeup for House Republicans. Cantor endorsed current GOP Whip Kevin McCarthy as his successor during his resignation speech announcing he will step down from his leadership position at the end of July.

Speaker John A. Boehner has so far refused to endorse a new majority leader, saying he can work with anyone. The GOP will host a candidate forum in the Capitol on Wednesday. Leadership elections will be held the next day .

Roll Call is tracking developments on 218, our blog about the House , but here is a snapshot of the faces you'll want to watch this week on Capitol Hill. 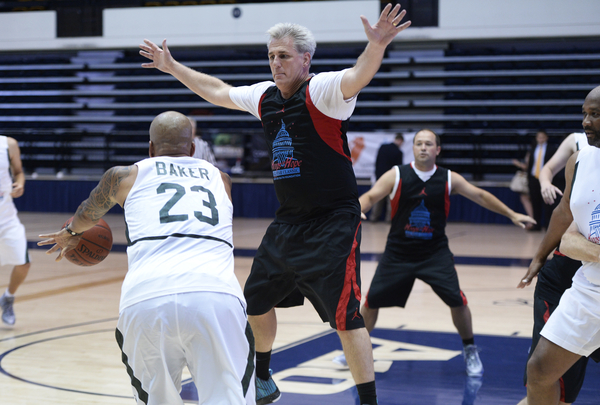 McCarthy and about 30 of his allies huddled privately Wednesday afternoon, resolving to fan out and round up support, much like they do in the whip operation he heads. The group included members from McCarthy’s whip team, as well as powerful panel heads such as Appropriations Chairman Harold Rogers of Kentucky, Ways and Means  Chairman Dave Camp of Michigan and Energy and Commerce Chairman Fred Upton of Michigan. “We’re trying to figure out who we need to talk to for Kevin,” said Rep. Tom Rooney, R-Fla., a top McCarthy lieutenant. “We were talking about trying to put this to bed early.” 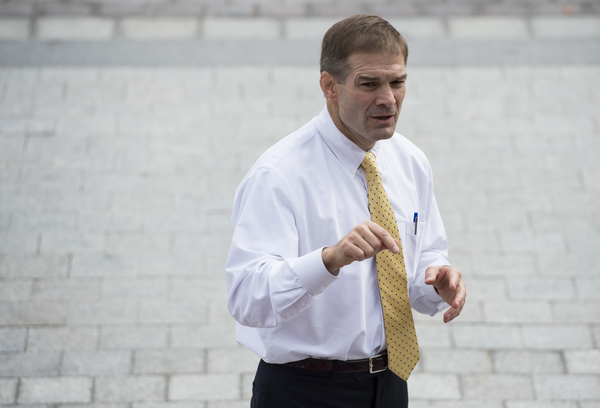 Jordan speaks to a school group on the House steps at the Capitol. (Bill Clark/CQ Roll Call File Photo)

A senior GOP aide told CQ Roll Call , “All the focus, all the hope, in the conservative world now rests with convincing Jim Jordan to make a majority leader run." The former Republican Study Committee chairman is seen as a conservative alternative to McCarthy.

Labrador arrives for the House Republican Conference caucus meeting on immigration in the basement of the Capitol. (Bill Clark/CQ Roll Call File Photo)

Labrador announced Friday  that he will challenge McCarthy. As Roll Call reported , one of the groups pushing the party to the right is backing the Idaho Republican:

On Friday, the tea-party-affiliated advocacy group FreedomWorks entered the fray, calling on its members to rally together to urge Labrador to take on Majority Whip Kevin McCarthy, R-Calif., currently the only declared candidate to succeed outgoing Majority Leader Eric Cantor, R-Va., who unexpectedly lost his primary on Tuesday night. 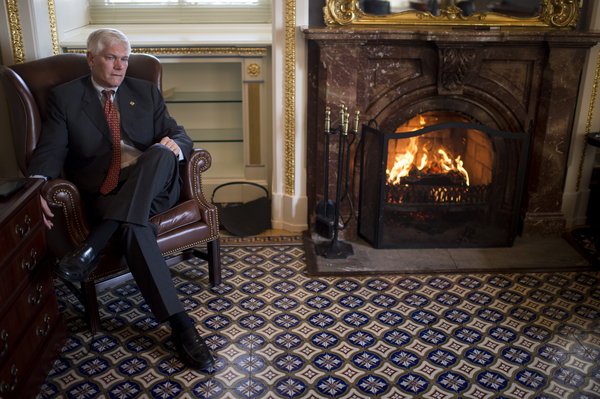 Sessions positioned himself as a conservative alternative to McCarthy, but as Matt Fuller reported, "Although he can likely attract votes from his sizable home-state delegation, it will be difficult for him to overcome McCarthy’s supporters, who are already swarming Capitol Hill on his behalf."

Sessions soon dropped out of the race citing party unity. Sessions said in a statement, "[I]t became obvious to me that the measures necessary to run a successful campaign would have created unnecessary and painful division within our party. At this critical time, we must remain unified as a Republican Conference." 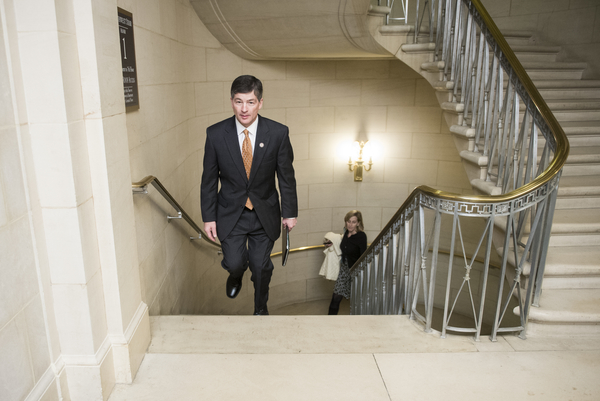 Hensarling announced early on that he would not be running for the leadership position . Hensarling said in a statement, “After prayerful reflection, I have come to the conclusion that this is not the right office at the right time for me and my family. I look forward to working with the new majority leader ..." 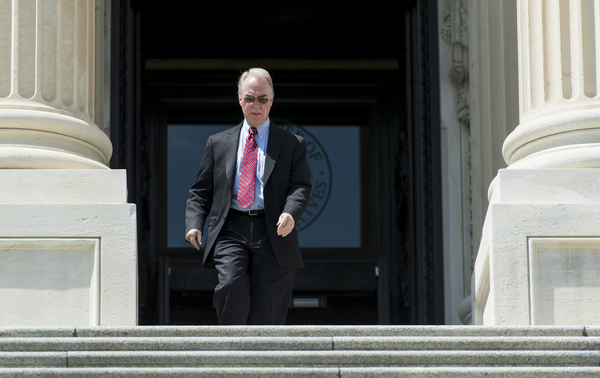 Price walks down the House steps of the Capitol following votes on the FAA sequestration and an amendment to the Helium Act. (Bill Clark/CQ Roll Call File Photo)

As Steven T. Dennis reported, Price announced early that he would not be seeking the leadership position but instead has his sights on succeeding Ryan on the Budget Committee . 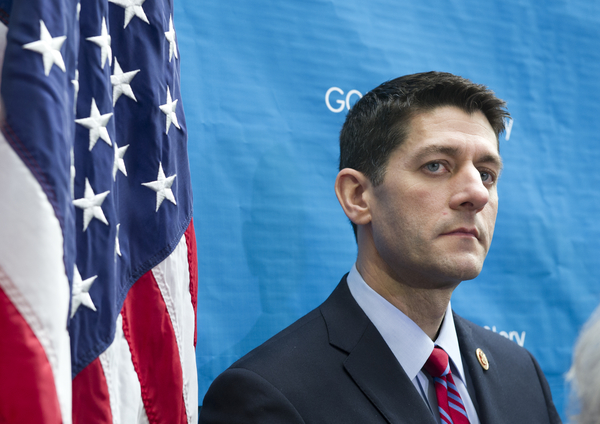 A Ryan spokesman told  Emma Dumain that the Budget chairman was endorsing McCarthy for the leadership bid. She reported, "[Ryan's] seal of approval will go a long way, as Ryan is one of the most influential members of the House Republican Conference who has himself been vaunted as a plausible candidate to fill Cantor’s shoes ..." 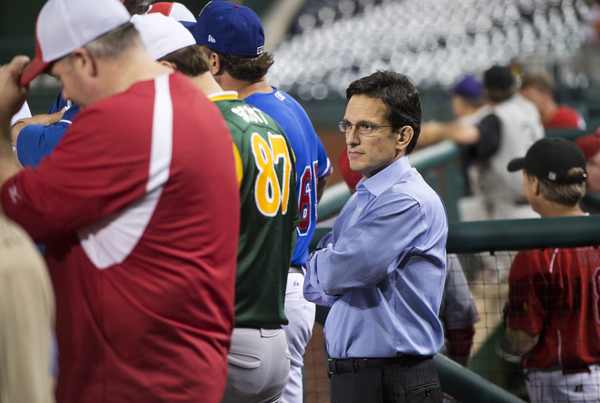 Although Cantor has already endorsed a successor, his actions throughout this process will still have an impact until his last day at the end of July.

As McCarthy is the likely candidate to win the race for majority leader, that leaves an open race for the whip position. Roskam wrote a letter to colleageus Friday stressing that as chief deputy whip he is well suited for the job. He also promised regional diversity as some were clamoring for someone from the South to step up. Steve Scalise, Louisiana 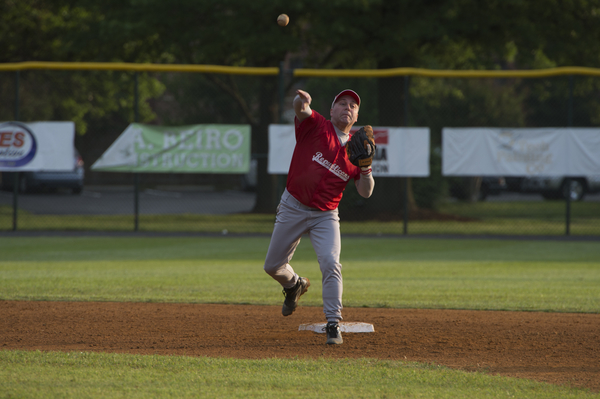 The Republican Study Committee chairman is making significant progress in the possible whip race. As reported by Roll Call :

Heading into Thursday, Republican Study Committee Chairman Steve Scalise of Louisiana had been pulling away from Chief Deputy Whip Peter Roskam of Illinois, according to several sources. Scalise had made inroads pushing the message that he would be the only Southerner in top elected leadership and could represent conservatives at the table.

But Scalise's gains were thrown into uncertainty with a surprise candidate vying for the position. 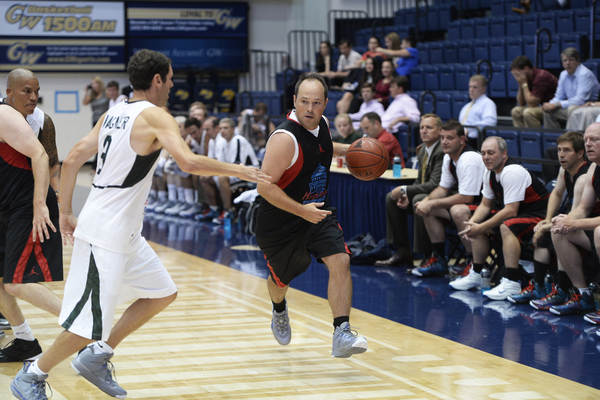 Stutzman announced on Thursday that he would be running for whip. A member of the 2010 class, Stutzman is close with many of the conservative wing of the party and could garner a lot of support. As reported by Roll Call:

Stutzman is close with House conservatives, which could dip into the constituency Scalise is counting on to vote for him in order to best Roskam. Scalise rubbed many of them the wrong way when he upset their preferred candidate, Rep. Tom Graves of Georgia, to become Republican Study Committee chairman. 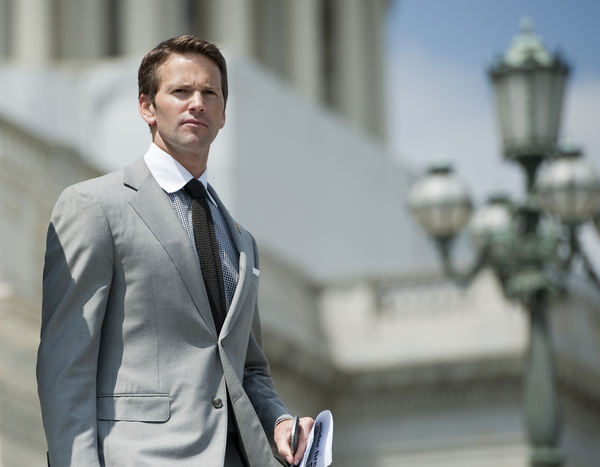 Aaron Schock , Illinois, might be the new chief deputy whip. 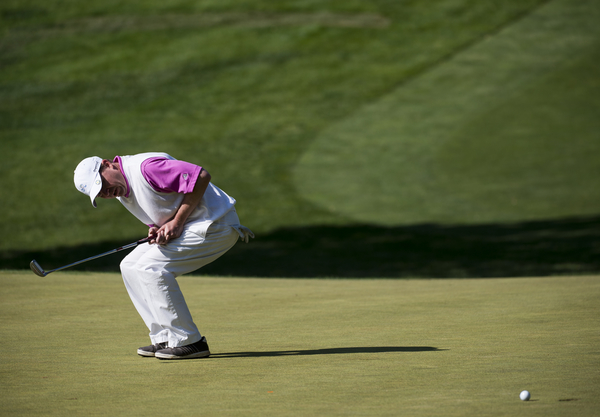 Mick Mulvaney  of South Carolina and Louie Gohmert  of Texas are possible candidates to replace Scalise for the RSC chair, should he become majority whip. As CQ Roll Call reported :

Mulvaney is the front-runner — he has been running for the post for weeks. But Stutzman has also privately been mulling the chairmanship and could use his bid for whip to leverage support for the top RSC position. As a dark horse, Rep. Louie Gohmert of Texas announced he will run as well, drawing a quick endorsement from fellow Texan Rep. Steve Stockman. Gohmert unsuccessfully ran for the post once before, losing out to Rep. Jim Jordan of Ohio. 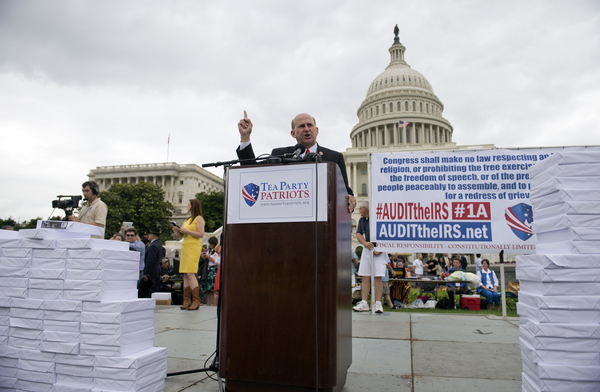