They flowed in from all over to see and hear Pope Francis speak his mind to our elected leaders, a flood of modern pilgrims ready to take instruction from the Holy See's point man.

Tens of thousands of folks made their way to the Capitol Thursday to witness the pontiff’s appearance before a joint session of Congress, braving congested security checkpoints and prolonged exposure to a glaring sun to bear witness to the rarest of occasions — the ultimate confluence of church and state.

Many of those who swarmed the congressional lawn were clad from head to toe in Catholic school gear. 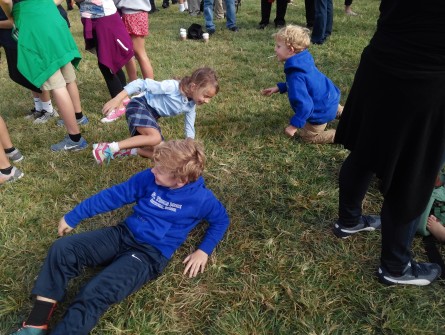 Catholic school kids confined to the West Front grapple with one another — rather than their faith — while waiting for Pope Francis to arrive on Capitol Hill. (Warren Rojas/CQ Roll Call)

The secular minded were well represented, too. 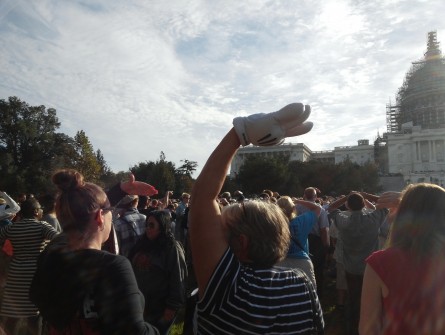 Although they were somewhat harder to spot within the wildly diverse crowd.

Some attendees, such as the immigration reform advocates who caravanned all the way from Minnesota, had a specific agenda in mind. 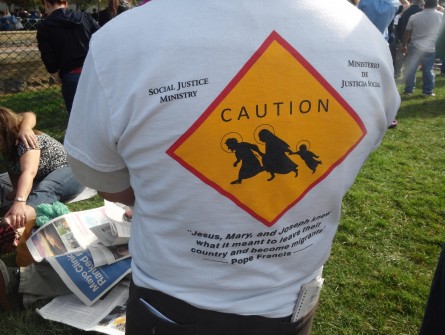 Rather than wear his heart on his sleeve, this pro-immigration activist elected to wrap himself in Francis’ own words. (Warren Rojas/CQ Roll Call)

Members of that group said they were hopeful Francis would persuade U.S. lawmakers to abandon proposed impediments to citizenship and embrace a more all-inclusive worldview.