Congressional Republicans finally won a major battle in their fight against President Barack Obama’s health care law, but he is poised to win the war with the stroke of a pen.

The House on Wednesday, in a vote that fell strictly along party lines, for the first time sent Obama a measure that would repeal his 2010 Affordable Care Act. The outcome is a major victory for Republicans because it will allow them to tout it to anti-Obama GOP donors and voters.

It allows Obama to put a stamp on what he views as a cornerstone achievement of his presidency, and will help Democratic candidates -- from White House hopefuls down the ballot -- highlight differences with their GOP opponents. Ultimately, voters will decide which vision they prefer.

“Obamacare does not work,” House Majority Leader Kevin McCarthy, R-Calif., said Wednesday. “Today is the day that it will come to [the president’s] desk, and he’ll have to make a decision.” 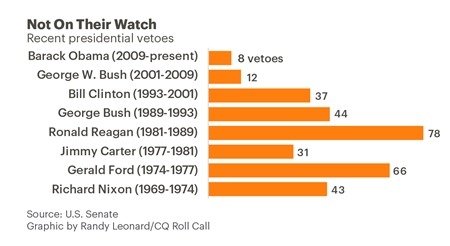 The House vote means Republicans -- finally -- lived up to a major promise of the 2014 midterm elections. During that cycle, many of the party’s candidates told conservative voters that giving the GOP control of both the House and Senate would allow it to repeal the controversial health overhaul known as Obamacare.

Despite Obama’s coming veto, the health vote will give Republican candidates campaign-trail fodder.

In a preview of attacks GOP candidates are likely to make on the law, congressional Republicans on Wednesday said it will bring Americans a tax bill totaling more than $116 billion annually. Expect Republicans to tell voters they did everything they could to repeal the law, which they claim would cut federal spending by nearly $1.5 trillion and slash the deficit by over $500 billion.

It also is an important early win for still-new Speaker Paul D. Ryan, R-Wis., who told Fox News Tuesday evening that sending the president a bill targeting the health law was one reason he decided to seek the gavel.

“I said it to my colleagues when being asked to consider this job: I will do this if we go on offense and if we offer the country a very clear, bold conservative agenda, an alternative to the Obamacare era,” Ryan said.

The House and Senate collectively have voted more than six dozen times to defund all or parts of the 2010 health care law, but none of those measures ever made the one-mile trek to the White House. This time was different thanks to Republican leaders’ use of a little-employed budget tactic, which allowed them to overcome Democratic opposition in the Senate.

Senate Budget Chairman Michael B. Enzi, R-Wyo., who helped push the bill through that chamber, called it “the most comprehensive and far-reaching repeal of Obamacare to actually reach the president’s desk.”

“Most Americans are still opposed to this unprecedented expansion of government intrusion into health care because it represents nothing more than broken promises, higher costs and fewer choices,” Enzi added.

Two Republican exceptions are the party’s leading presidential candidates, Donald Trump and Sen. Ted Cruz of Texas. Trump this week criticized a year-end budget deal because Republican leaders agreed to fund the health law; Cruz has repeatedly slammed the kind of measure headed to Obama’s desk, saying it ultimately would be vetoed.

But even as many Republicans celebrated, they also were acknowledging the bill would never be signed into law. Ryan admitted as much Tuesday evening, saying he expected Obama would veto it.

“We’ll have a veto override on that later in the month,” Ryan said.

That would require two-thirds of House members and senators. But since Democrats control 46 votes -- independent Sens. Bernard Sanders of Vermont and Angus King of Maine typically vote with them -- in the 100-seat Senate, the GOP lacks the required supermajority to override any presidential veto.

That means Obama’s expected veto will most likely stand, keeping the health law on the books and keeping perhaps the largest piece of the 44th chief executive's legacy intact.

The president and his top lieutenants have expressed ample frustration at Republicans’ repeated use of the legislative calendar to advance bills targeting the law despite his promises to reject them.

Where Republicans see a law that is flawed and failing, Obama last month used part of his year-end news conference to tout what he sees as its achievements.

“Over the course of this year, a lot of the decisions that we made early on have paid off. Years of steady implementation of the Affordable Care Act helped to drive the rate of the uninsured in America below 10 percent ... for the first time since records were kept on that,” he said on Dec. 18.

“Health care prices have grown at their lowest level in five decades. Seventeen million more Americans have gained coverage, and we now know that 6 million people have signed up through healthcare.gov for coverage beginning on Jan. 1,” Obama said. “New customers are up one-third over last year, and the more who sign up, the stronger the system becomes.

The president cast that as “good news” for any American because they no longer have to “worry about being just one illness or accident away from financial hardship.”