The Minnesota delegation is expected to once again flood the halls of Congress Wednesday with the aromas of melted cheese-covered, processed meat-packed, condensed soup-spiked, fried potato-filled delicacies better known as hotdish. 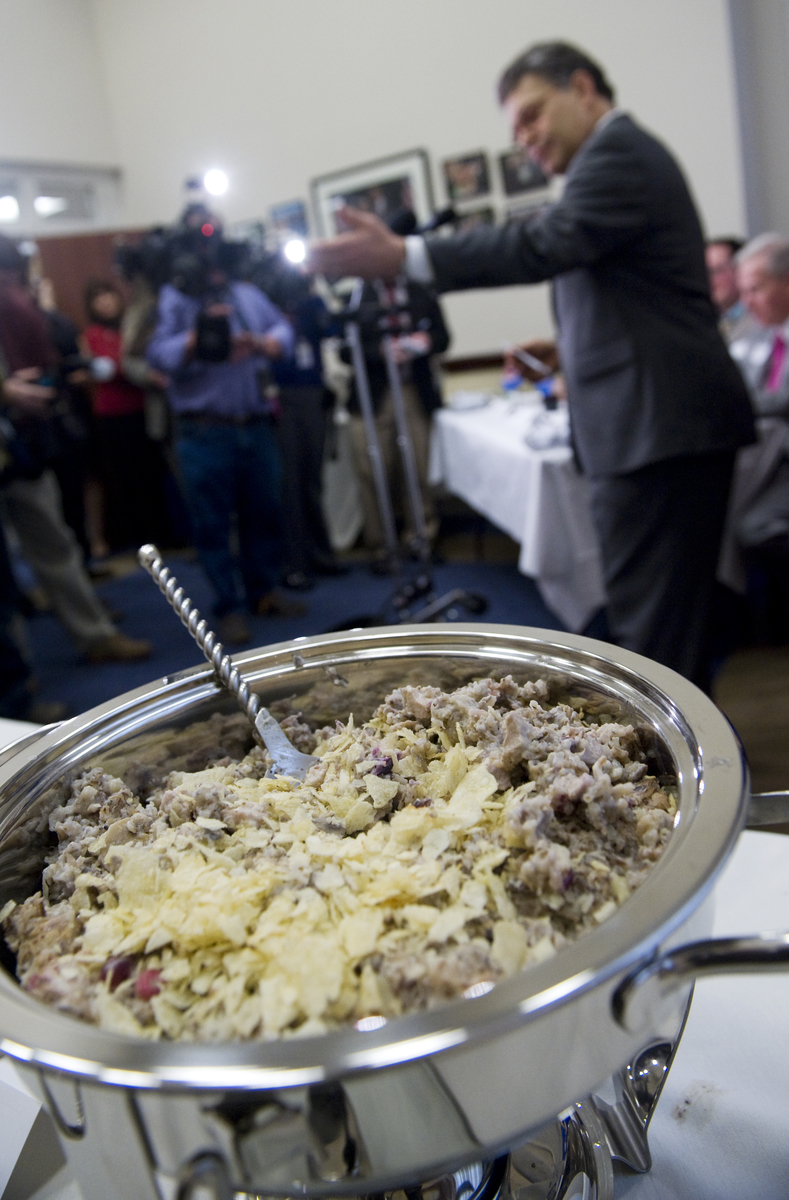 The invitation-only event — reserved for Gopher State pols, their staff and congressional press — is scheduled to take place in Room 430 of the Dirksen Senate Office Building beginning at 12:30 p.m. Sen. Al Franken, D-Minn., launched the collegial food fight in 2011, and has gathered a bipartisan group of competitors into the epicurean fray every spring since .

An aide to Minnesota Republican Rep. Tom Emmer told HOH the freshman lawmaker is excited to pit his home memories against those of his co-workers. “Rep. Emmer will be using an old family recipe that his mother passed along including ingredients from some of Minnesota’s own companies!” Team Emmer shared via email.

He’ll have to pull out all the stops if he hopes to topple two-time winner and reigning hotdish champ Rep. Tim Walz, D-Minn. — a seasoned pro who has employed everything from regional brews to crispy spuds in his campaign to woo the judges.