Posted May 14, 2013 11:44 AM
Neda Semnani
@neda_semnani
In 'The Real Thing,' a Real Clash Between Work and Life Janis Joplin, Older and Wiser at Arena Stage Is Deconstructing a Play the Same as Trashing It?

Thirteen members of Congress and more than 60 staffers will join CNN's Jake Tapper and celebuchef Spike Mendelsohn to hit up the 5th annual Home Runs for Horton's Kids. 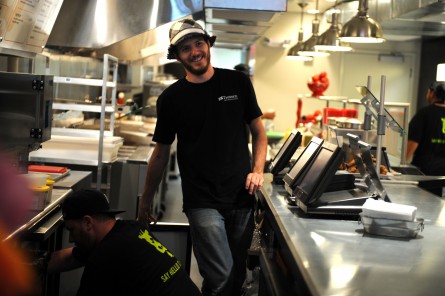 The invite-only Nationals Park event, scheduled for Wednesday from 5 p.m. to 9 p.m., will raise money for the Ward 8 charity, which provides direct services on the Capitol campus for about 500 children and families in D.C.'s Anacostia neighborhood.

The young and the young at heart will be able to participate in on-the-field batting practice, indoor batting cages, face painting, arts and crafts, a silent auction and a Microsoft Kinect for Xbox 360 kiosk.

Washington Nationals mascot Screech and Racing President Teddy will also be there. Special treat, kids: Mendelsohn, a former "Top Chef" contestant and owner of Capitol Hill mainstays Good Stuff Eatery and We, the Pizza, will create a special signature drink for the night. He will also lead the children in a rendition of "Take Me Out to the Ball Game."

No word on how many drinks Spike will need to pound before the public singing can commence.

Save for later
Topics: parties