A Museum Opens Following a Century of Effort

Posted Sep 22, 2016 11:38 AM
Randy Leonard
@randyleonard
Foreign Influence Peddlers Show Face in Wake of Manafort Woes Overview: Where the Omnibus Money Is Going Every Member of Congress’ Wealth in One Chart

The exterior of the Museum of African American History and Culture as seen during the media preview day on Sept. 14. The newest of the Smithsonian museums on the National Mall opens on Saturday. (Bill Clark/CQ Roll Call file photo)

After numerous challenges and outright opposition, the quest for a national museum documenting the history and cultural contributions of African-Americans has been realized.

Follow the decades of history, full of starts and stops, below:

1920 - The Commission on Fine Arts recommends museum consideration be postponed until after a World War I memorial is approved.

1929 - On his last day in office, President Calvin Coolidge signs a law authorizing the commission to construct a memorial building. The commission requests $1.6M from unclaimed soldiers’ pay and money lost in the 1872 collapse of Freedman’s Bureau.

1968-69 - Following the assassination of Martin Luther King Jr., bills are introduced in both chambers to pursue a national museum.

1986 - At the urging of Texas Democratic Rep. Mickey Leland, Congress passes a resolution supporting a museum on the Mall.

1988 - Georgia Democratic Rep. John Lewis introduces a bill to create a museum within the Smithsonian.

1992 - The Senate passes a bill by Illinois Democratic Sen. Paul Simon. It lingers in the House.

1993 - Lewis gets a measure to approve the museum through the House. It stalls in the Senate the next year. He and Simon repeatedly push legislation.

2001 - With the support of Republicans Rep. J.C. Watts of Oklahoma and Sen. Sam Brownback of Kansas, Lewis gets approval for a study commission.

2006 - The Smithsonian selects a 5-acre site for museum on the Mall. 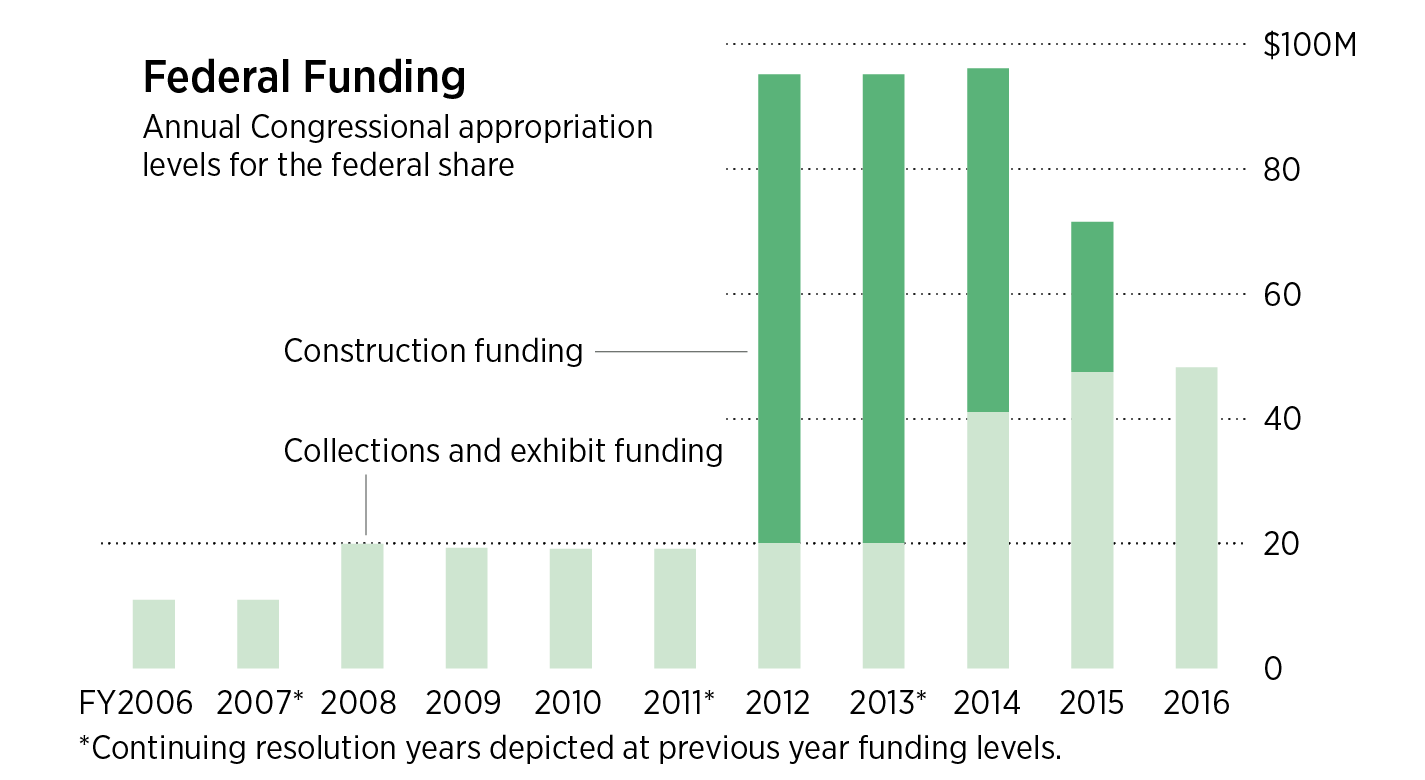