The upcoming resignation of British Prime Minister David Cameron, seen during a visit to the Capitol in 2013, is just one consequence of the Brexit vote. (Tom Williams/CQ Roll Call file photo)

The shock waves of the decision by British voters to leave the European Union began almost immediately after the polling booths closed Thursday night. The British pound plummeted against the dollar, the Dow tanked , and experts predicted years of uncertainty in the United Kingdom and Europe. Here are five immediate takeaways.

1. Economic instability :  Economic forecasts predicted a prolonged recession in Europe and the United Kingdom after a Brexit vote. Sebastian Mallaby, a senior fellow at the Council on Foreign Relations, explained why in an op-ed published last week in The Washington Post: British regulations, derived from EU rules, will have to be rewritten wholesale. Nobody will know for some time what will happen with Britain's commercial relationships with its trading partners or its membership in the EU single market. Global businesses based in London will begin considering whether they should move, triggering a potential real estate bust — and anyone who lived through the 2008 recession knows what that would mean for consumer spending.

"Most people, including many disaffected Britons who want to shake up the system by backing a Brexit, understand that this would mean a political and economic shock," he wrote. "But they underestimate its severity."

A majority of voters in all 32 council areas in Scotland voted "remain," i.e. to stay within the EU, according to the BBC. 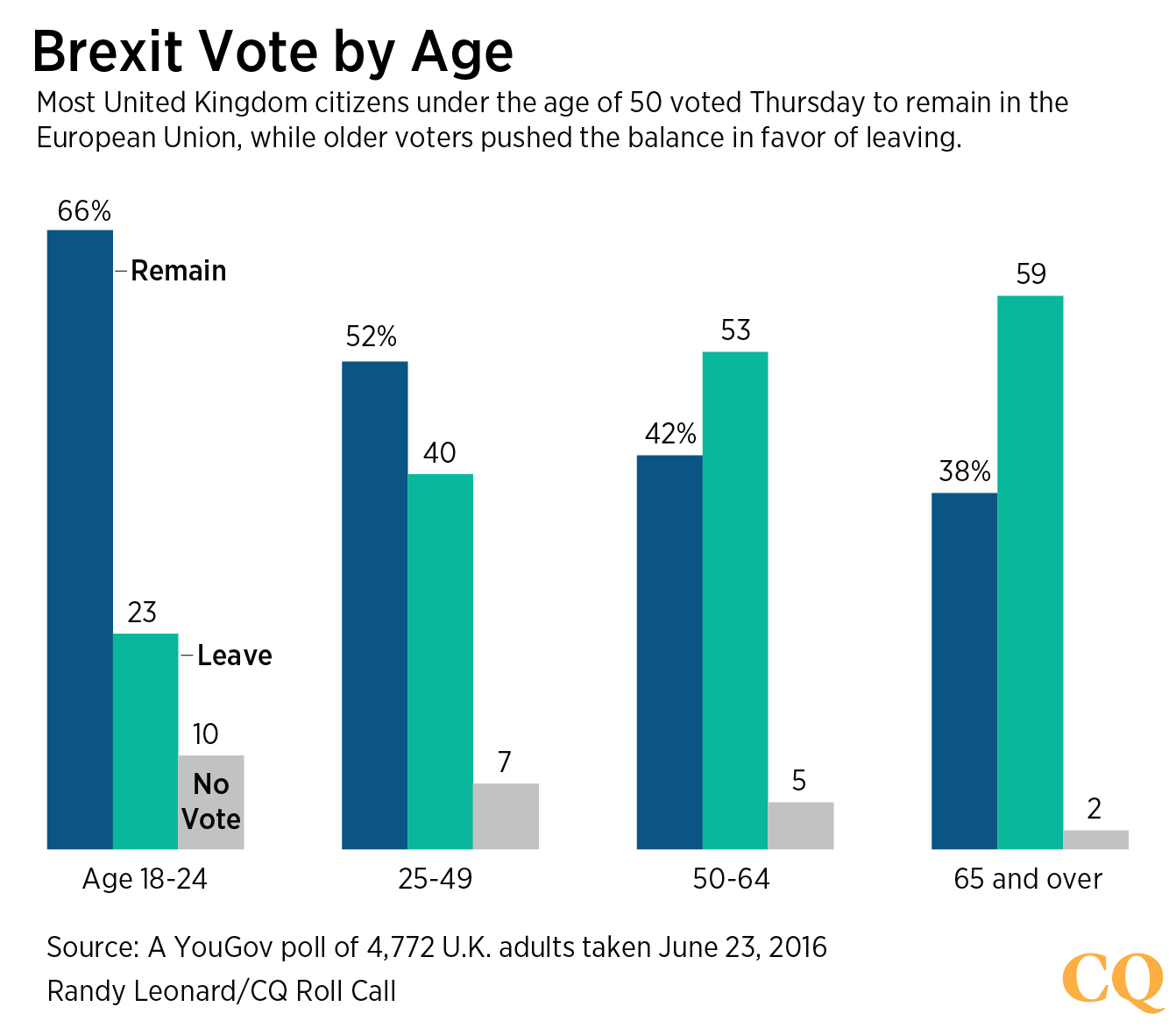 3. A win for Russia :  Russian officials responded with predictions of thawed relations between the U.K. and Russia, and President Vladimir Putin said he understood why it happened. “No one wants to feed weak economies,” he said.

The reaction follows a script predicted by many experts on Russia, who said that a weakened Europe would be good for the Kremlin. Garry Kasparov , wrote in The Guardian in May that, "Putin sees Europe as his enemy and wants his adversaries to be divided, smaller and weaker."

4. Potential investment opportunities: Downward pressure on the euro, sterling and European stock markets could mean buying opportunities for American, Chinese and other investors, Harvard Business School professor John A. Quelch wrote Friday. Quelch also predicted that London would remain an important financial center. But he said that, while the Bank of England had "clearly thoroughly prepared" for the referendum, few British or other European businesses had.

Here's a big one for American mortgage holders and home buyers: Volatility in the financial markets is predicted to drive investors to relatively secure US treasuries. The higher demand in U.S. debt is likely to pull down US interest rates, Ylan Q. Mui wrote in The Washington Post Friday.